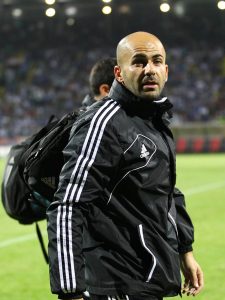 Christos Yiapanis is a chartered physiotherapist, member of the Cyprus Association of Physiotherapists, based in Limassol, Cyprus.

Our head physiotherapist completed his studies in 2005 with a placement at the Wakefield Wildcats Rugby League club in Wakefield , UK. He had the opportunity to work with professional athletes in a very demanding full contact sport. The status of the league and the high level of the club required a very fast return to sport time, making efficient rehabilitation a must.

After completing a season in the Wildcats medical team, he returns to Cyprus in 2006 opening Christos Yiapanis Physiotherapy center, at the same time he joins Cyprus Football Association as the physiotherapist of Men’s National team, a highly demanding position, working with Cyprus elite footballers preparing for European and World cup qualification games. He has been a member of the team for thirteen consecutive years and a total of 102 games.

In 2009 he joins Pasykaf, an non profit organisation working with people affected by cancer, a position he held until 2013.

Currently he has his own practice and he is also the physiotherapist of the German Oncology Center. The German Oncology Center in Limassol opened its gates for patients in 2017 and Christos joined the center as a physiotherapist specializing in Manual Lymphatic Drainage (Dr. Vodder technique) and helping the patients to return to their daily activities. 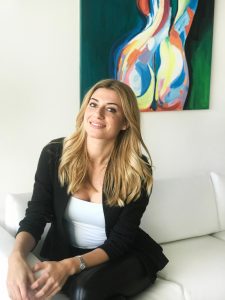 Emily Agathocleous completed her Bachelor’s degree in Nutrition at the University of Surrey in the UK in 2010. She continued her post­graduate studies in Clinical Dietetics (MSc Dietetics) – which she completed with honours – at Kings College London in 2012. During her studies, she completed her clinical practice for about a year at Guy’s and St’ Thomas hospital, one of the top teaching hospitals in the UK, where she practiced and gained experience in various clinical sectors.

Since February 2013, she works as a private registered dietitian at DietWise, offering personalized nutritional counseling and menu planning for weight management and health related diseases. She is an active member of Cyprus Dietetic and Nutrition Association (CYDNA) and a member of the Health and Care Professions Council (HCPC) UK.